When former Nevills boatman P.T. Reilly built his new pair of cataract boats in 1955, he asked his neighbor, Harper Goff, what colors might look best in Grand Canyon. Harper Goff was a good person to ask. 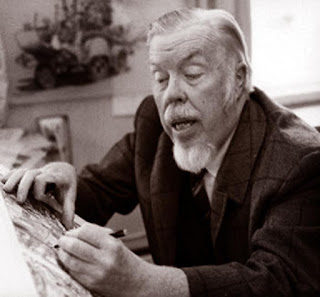 A few years earlier Goff was in London, shopping for antique model trains. The one he wanted had already been promised to another customer, whom Goff met that evening: Walt Disney. A friendship developed and Disney soon hired Goff as a set designer and art director. Many of the buildings in  Disneyland's Main Street USA were modeled on Goff's childhood hometown, Fort Collins. And shortly before Reilly consulted him, Goff had completed designing the award-winning 20,000 Leagues Under the Sea. Goff's Victorian futuristic Nautilus, both inside and out, have since been credited as the foundation of the Steam Punk phenomenon. 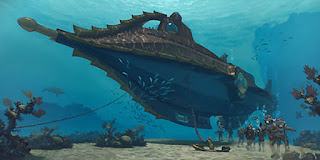 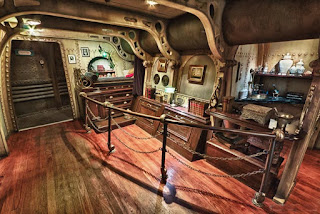 Goff later went on to design such iconic films as Fantastic Voyage and Willy Wonka's Chocolate Factory. And he was the whistling banjo player in Disneyland's Dixieland jazz band, the Firehouse Five Plus Two. But I digress. But before I regress you really should check these guys out: Red Hot River Valley. And Firehouse Stomp. 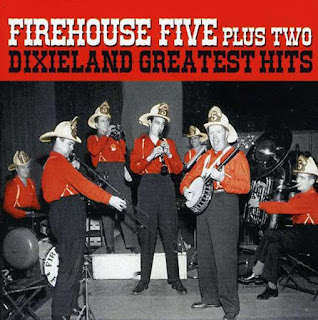 Where was I? Oh, right. Proper Dory Colors. Harper Goff chose three colors that he felt would be perfect in the canyon setting: Refrigerator White, Cadillac Aztec Red, and Willys Beryl Green. Reilly went with it, and the boats looked great. 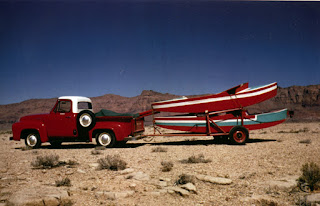 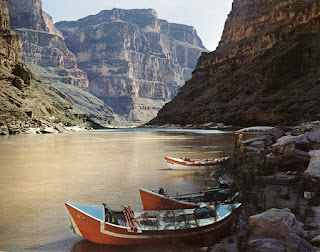 Until 1987, when Litton sold Grand Canyon Dories, those were the three colors we used. Here is Rudi Petschek's photo of eighteen of Martin's fleet lines up at Phantom Ranch beach in the 1980s. By then Cadillac no longer made Aztec Red, Willys had gone out of business, and we often went with whatever red, white and aqua/green seemed right. 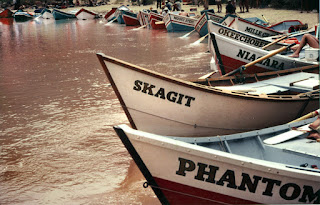 But with the sale of Grand Canyon Dories many things changed, and the successor's fleet is a wild assortment of unrelated hues. I miss the the fleet colors. So much so, that last week I finally tracked down (on eBay of course) the original paint chips. 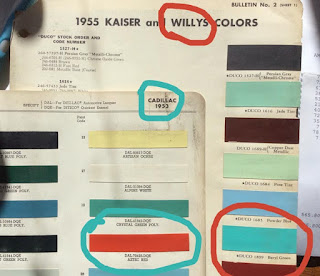 Refrigerator White was a bit of a puzzler, so I decided to go with white refrigerator touch-up paint.  It says "refrigerators" right on it. And it's white. 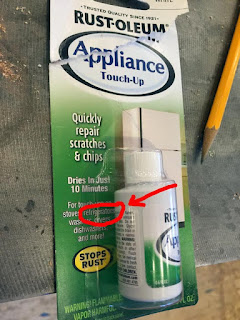 I packaged them up and sent them off to George Kirby Jr. Paint Co. to replicate and keep the formulas on my Rolodex card on George's desk. So if you should ever want to paint your dory the proper colors, give George a call.

And download a few albums of the Firehouse Five Plus Two to play while you're painting your dory. It's the right thing to do.
Posted by brdfrd at 10:04 PM 6 comments:

I am back from my first trip of the year, and my first dory flip in many years. (Hermit, fifth wave, of course). Somehow I forgot to take pictures except at the put-in and take-out. 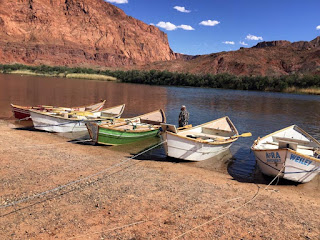 Moonlight on the Colorado that evening. 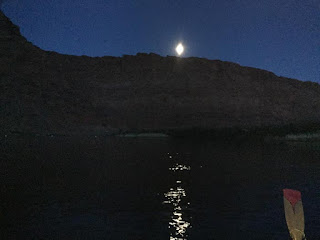 And a festive ride out Diamond Creek at trip's end. It was the eleventh annual Dories and Stories trip, and, I am told, the last. Sigh.  But it was a great run. 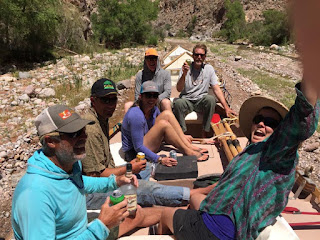 I got a postcard from our little Bank Dory, Ruby, safe in her home on Friendship Long Island in Maine. Lora is living a few hours away now, though, so Ruby is going to see a lot more boating than she has of late. 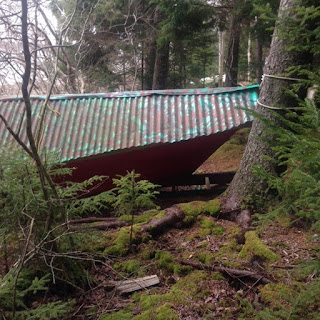 Dr. John showed up to work on the Dion Swampscott Dory we are building him. 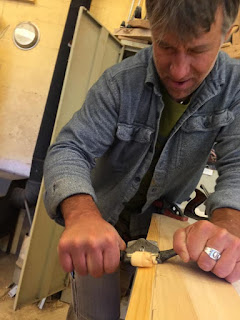 We were able to hang the binder and sheer strakes this week. 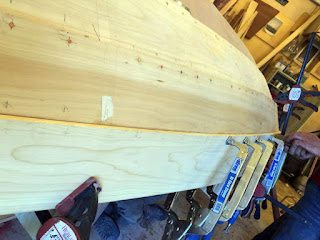 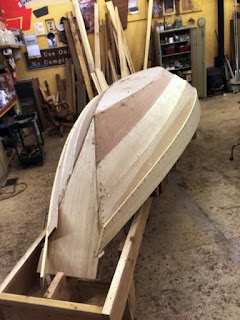 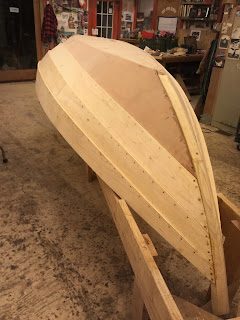 And glass her bottom. 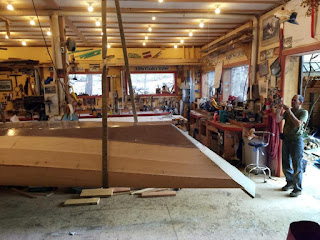 And roll her right-side up. 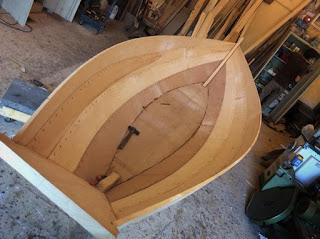 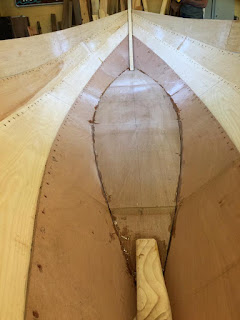 Last night we glassed the inside of her belly. I am off downriver again tomorrow. We'll start building ribs when I return.

Meanwhile, the new generation of double dory trailer is birthing. She went off to the welder today. Very exciting. 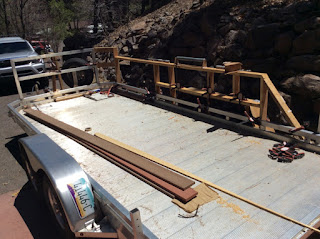 Posted by brdfrd at 9:12 PM No comments: