Last month Andy Hutchinson put together a group of kindred souls for a Moki Mac trip through the Green River Wilderness, from Ouray to Green River, Utah. It's always a gamble to run that upper stretch Desolation Canyon with mosquito season on the cusp, as it can have one of the highest squeeter densities in the continent. We were armed for combat but we lucked out. Even though the river was dropping--normally the trigger for a big hatch--the temperatures were cool and the annual high had been insufficient to flood the bottom land.

The crew met at Ouray the night before, for a fine Uintah Basin sunset. Andy, RJ Johnson, and I ran our dories; Landon Wharton of Moki Mac ran a raft and took good care of us. Richard Quist, the eldest of the four siblings that run Moki Mac, ushered us off. 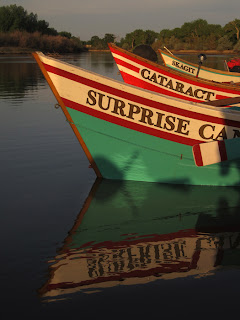 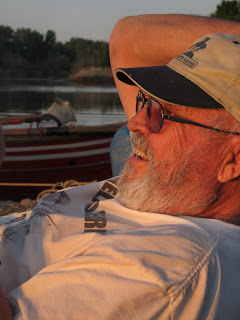 It is an area rife with relatively recent Ute petroglyphs of unusually fine quality, 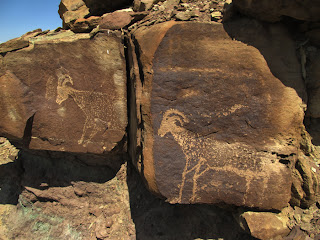 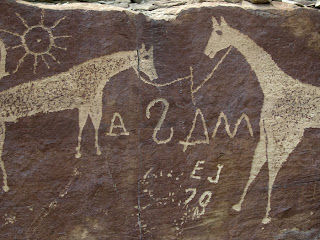 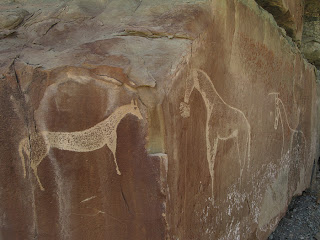 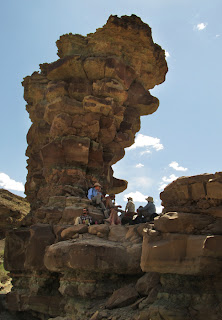 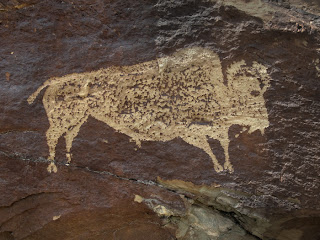 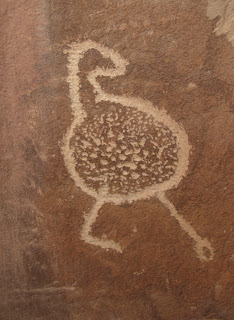 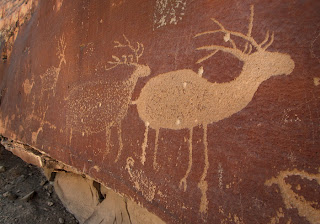 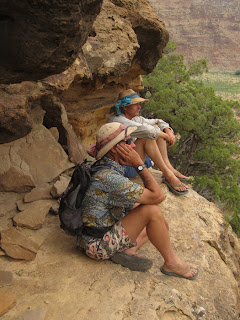 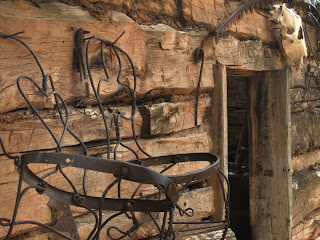 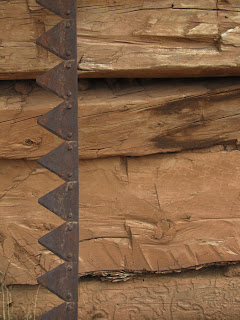 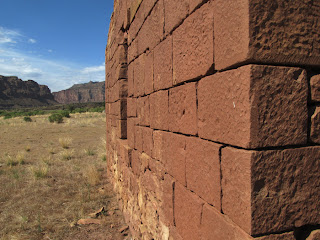 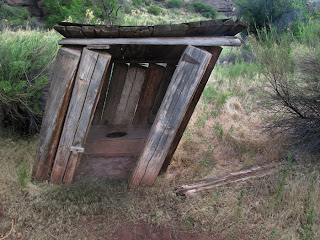 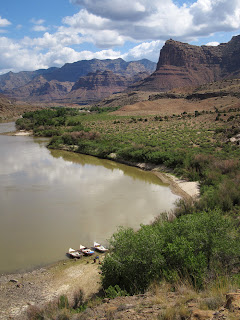 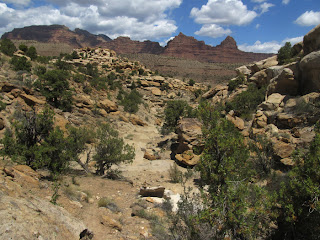 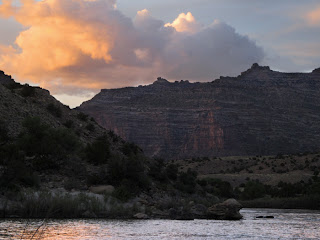 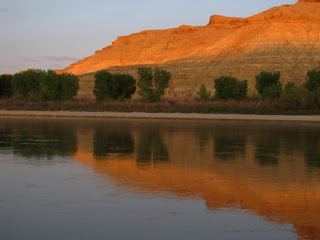 Words fail me. Ya shoulda been there. 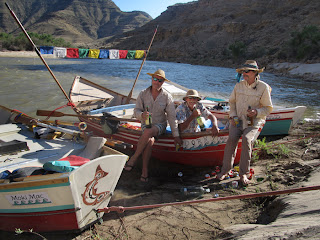